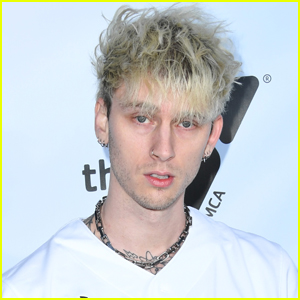 The 30-year-year-rapper teamed up with Blackbear for the new song “My Ex’s Best Friend.”

PHOTOS: Check out the latest pics of Machine Gun Kelly

The single is the latest song off of his highly-anticipated pop-punk album, Tickets To My Downfall, which is scheduled to be released on September 25.

Back in May, Machine Gun Kelly released the music video for his song “Bloody Valentine,” which features his new girlfriend Megan Fox.

If you missed it, Megan‘s ex-husband recently threw some not-so-subtle shade at one of her new Instagram posts featuring MGK.

You can download Machine Gun Kelly‘s new song off of iTunes here – listen to “My Ex’s Best Friend” now!

Check out the lyrics inside…