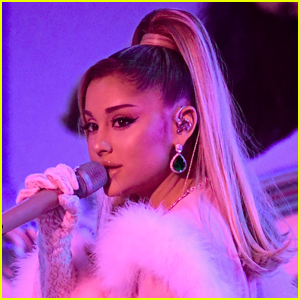 Ariana Grande has new music out!

Positions is now the third album Ariana has released in the past three years, following Sweetener (2018) and Thank U, Next (2019).

The album’s release comes a week after she released the title track as the first single. Along with the song, Ariana dropped the music video for “Positions” where she plays the President of the United States.

If you missed it, it was recently announced that Ariana will be joining a star-studded cast of A-listers in a new movie heading to Netflix! Get the scoop here.

You can download Ariana Grande‘s new album off of iTunes here – stream Positions below now!