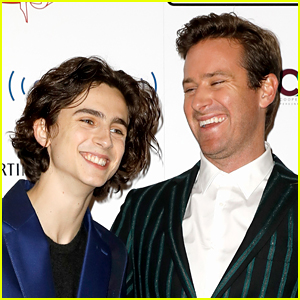 Armie Hammer is speaking out to explain why he left that thirsty comment on his Call Me By Your Name co-star Timothee Chalamet‘s Instagram account this week.

During an interview with Variety, Armie explained why he left that comment.

“People got so excited. I don’t think they realized that I was actually making fun of how ridiculous people sound on the internet now,” he said.

Armie also said he wasn’t commenting on a sequel to Call Me By Your Name.

A breakout actor from one of Netflix’s newest shows is reacting to being compared to Armie.