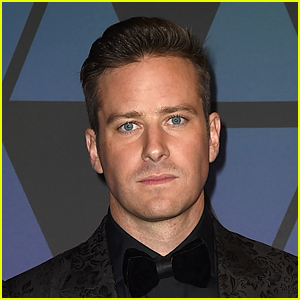 Armie Hammer is getting honest about the moment he realized he was “not okay” during lockdown and how he sought out therapy to help him out.

The 34-year-old actor opened up to British GQ during a conversation for the GQ Heroes series on YouTube.

“I had a wake-up call one day,” he later said. “I had a very intense wake-up call one day and I realized that I needed more help than I realized. So I called a friend of mine, Brendan, who works in mental health and I was like, ‘Dude, it’s not good. It’s not good for me,’ and he goes, ‘i know, it’s not good for anyone,’ and I go, ‘Yeah, but really not good for me, like I’m having a really hard time. I don’t know what the answer to this is.’ And he ended up getting me on the phone with a therapist who I started working with multiple times a week just to get me through sort of like the crisis aspect of what was going on.”

Armie says that he still works with the therapist “at least” once a week.

Armie also talked about being a dad to his two kids, who he shares with estranged wife Elizabeth Chambers. They split over the summer after 10 years of marriage.

Armie recently opened up about the status of the Call Me By Your Name sequel.