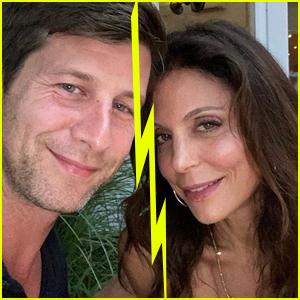 Bethenny Frankel and her boyfriend of two years, movie producer Paul Bernon, have reportedly split up.

The pair were first linked in October of 2018, and have apparently gone their separate ways, Us Weekly reports. The split reportedly happened “a couple weeks ago.”

Bethenny posted a photo of her and her beau together about seven weeks ago on her Instagram account.

So far, neither Bethenny nor Paul has publicly confirmed or commented on their relationship status. Stay tuned as we learn more.

In other Bethenny news, she made major headlines just a few weeks ago when she called out one of the biggest A-listers for what she posted on Instagram amid the pandemic. Be sure to check out this story if you missed it.