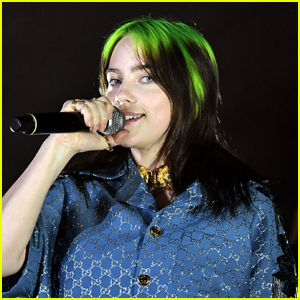 Billie Eilish has some exciting news!

The 18-year-old “my future” singer teased a new song on her Instagram Story during a Q&A over the weekend.

PHOTOS: Check out the latest pics of Billie Eilish

At one point, one fan asked “NEW SONG?” to which she responded “November.” Another fan asked “give us a color that matches the song coming in November,” to which she posted against an orange-brown autumn color.

Billie Eilish‘s documentary is coming sooner than you think: Billie Eilish: The World’s A Little Blurry will be headed to theaters and on AppleTV+ in February 2021.

The documentary film will follow the 18-year-old Grammy winner as she geared up for the release of her debut album, When We All Fall Asleep, Where Do We Go?. That album went on to sweep the Grammys, winning her the trophies for Best New Artist, Album of the Year, Record of the Year, Song of the Year, and Best Pop Vocal Album. Find out more about the project…