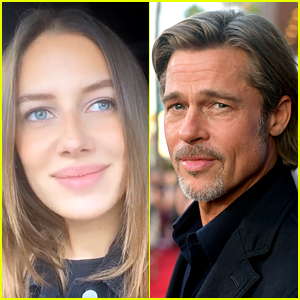 Nicole Poturalski is speaking out in response to hateful comments that she has been receiving on her Instagram page.

The 27-year-old German model, who is dating Brad Pitt, took to her Instagram Stories to send a message to fans on Friday (October 9). While she spoke in German in the videos, she added captions in English on the posts.

“Hey guys, I have been wondering since forever why people leave hateful comments?” she wrote on the videos. “Why? What is the benefit? Just in [general] I want to understand the train of thoughts. Because I don’t get it. It’s just so rude and sad for those commenting.”

Last month, Nicole responded to a question that was asked about Angelina Jolie.