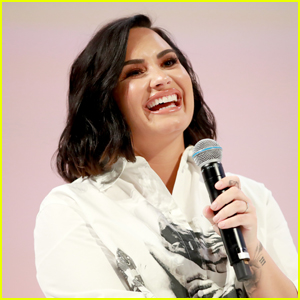 Demi Lovato is getting candid about her sexuality.

In a new teaser for the forthcoming Facebook Watch special Coming Out 2020, the 28-year-old “Sorry Not Sorry” singer revealed the moment she realized she was queer – and it came from watching a movie.

PHOTOS: Check out the latest pics of Demi Lovato

“It was definitely when I was young and should not have been watching Cruel Intentions but I did, and it was that scene where they made out on the park lawn,” Demi told Tan France.

Demi was referring to the scene in the 1999 movie Cruel Intentions, where Sarah Michelle Gellar and Selma Blair have a make-out session.

If you haven’t yet, listen to her new song following her breakup.