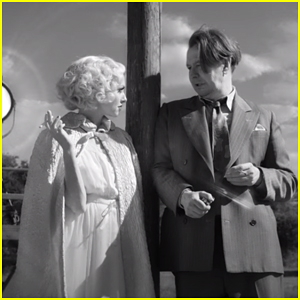 Gary Oldman and Amanda Seyfried have a chat in the new, black and white trailer for Netflix’s Mank.

Set in 1930s Hollywood, the film is a shown “through the eyes of scathing social critic and alcoholic screenwriter Herman J. Mankiewicz as he races to finish the screenplay of Citizen Kane for Orson Welles.”

Find out the true story behind Citizen Kane on JustJared.com now.

Mank is set to debut on Netfix on December 4 and a lot of fans are already saying the film is Oscar-worthy.

Watch the full trailer below!