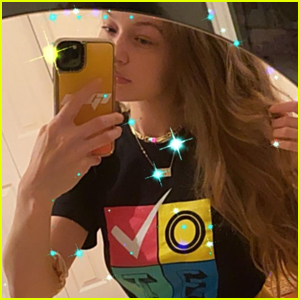 The 24-year-old model and new mom took to her Instagram on Saturday (October 24) to share a pic of her post-baby body while encouraging fans to get out and vote.

“I voted absentee last week with my daughter next to me, for an America I want her to see; but not just for us- for fellow Americans that are less privileged, with hope for a nation that is unified, that is empathetic, & for a leader that is compassionate,” Gigi wrote while wearing a “Vote” shirt tucked into a yellow pair of pants while posing in front of a mirror.

Gigi and Zayn Malik welcomed their daughter on September 19, 2020. They confirmed the news to the world on September 23, but have not announced her name yet.

A source recently spoke out about where Gigi gave birth to her daughter and it wasn’t in any major city.