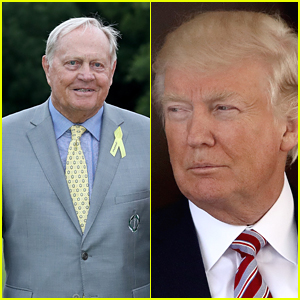 Jack Nicklaus has officially endorsed Donald Trump for another four years as President of the United States.

In his statement that he posted on Twitter, against a deep red background, he says that “You might not like the way our President says or tweets some things – and trust me, I have told him that! but I have learned to look past that and focus on what he’s tried to accomplish.”

“This is not a personality contest; it’s about patriotism, policies and the people they impact. His love for America and its citizens, and putting his country first, has become thought loud and clear. How he has said it has not been important to me. What has been important are his actions. Now you have the opportunity to take action,” Jack added.

The Golden Bear, which Jack is also known as, is also trending on the social media platform.

While many have commended Jack on his urging to people to get out and vote, many do not like that he endorsed Trump.

“Thank God they only named a drink after Arnold Palmer, because if they named one after Jack Nicklaus it would be half cyanide, half Kool-Aid,” one Twitter user reacted.

Another added, “I have never been a fan of Jack Nicklaus and this post of his takes my dislike to a whole new level!!”

“I always though Jack Nicklaus was an honorable, decent fellow, but I guess not,” one more tweeted, with another user saying that “I’ve lost all respect for Jack Nicklaus.”

Meanwhile, Trump has thanked Jack for his endorsement.

“Jack, this is a Great Honor. Thank you!”

Get out and vote. I did! pic.twitter.com/IfQb3NeSO3