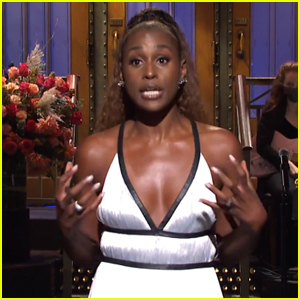 Issa Rae is hosting Saturday Night Live for the first time ever!

During her opening monologue, Issa talked about feeling “awkward” about premiering her HBO series Insecure back in fall of 2016 right after Donald Trump won the presidential election.

“The results came in, and, of course, everybody was freaking out. I was freaking out,” Issa shared. “And it felt really awkward for my life to be going so good. Like, it was rude to be peaking right when democracy was collapsing. It’s just really weird to say thank god for what happened in the fall of 2016.”