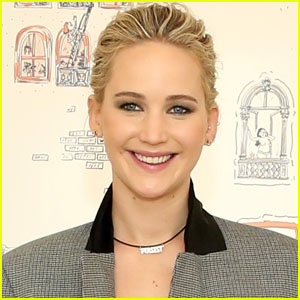 The 30-year-old Hunger Games actress issued a statement on Tuesday (October 27) following headlines after revealing she was a “little Republican” growing up.

PHOTOS: Check out the latest pics of Jennifer Lawrence

“I grew up Republican. My first time voting, I voted for John McCain. I was a little Republican,” she said on the podcast.

“I would like to clarify my voting record, which is the subject of many circulating headlines. I grew up in a republican family and voted for John McCain in 2008, but through Obama’s presidency, and growing up to realize I was voting against my own rights, I am proud to say I am a Democrat,” Jennifer said in the statement.