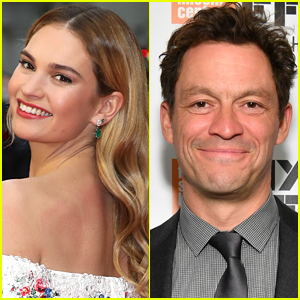 A source is making a brief statement about the nature of Lily James‘ relationship with her Pursuit of Love co-star Dominic West.

If you don’t know the story, Dominic, who is married, was seen kissing Lily‘s neck last week. Photos were just released today of the 50-year-old actor and 31-year-old actress looking very cozy at the airport together as well. Be sure to take a look at all of those photos if you haven’t already.

“They worked together in the past but seem to have connected in a special way since they started filming in England over the summer,” a source told People.

Meanwhile, Dominic and his wife Catherine FitzGerald have since released a statement on the state of their marriage. Lily has not publicly commented on the rumors.