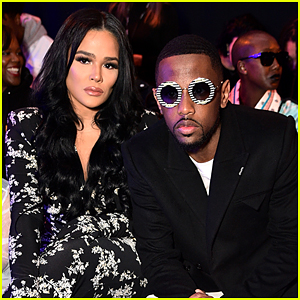 Fabolous is a father to three!

According to People, the 42-year-old rapper and girlfriend Emily Bustamante have welcomed a baby girl over the weekend.

Emily shared the news on her Instagram Stories, with little snapshots of the baby’s wrist with a pink band and another with her older daughter Taina changing the new baby’s diaper.

Emily and Fabolous are also parents to two sons, Jonas, and Johan.

No other details about the newborn, including her name, have been revealed just yet.

Previously, Fabolous and Emily were involved in an altercation that left her with two missing teeth. You can read all the details about the incident here.

Earlier this year, Fabolous was also in the news after Beyonce called him out. See what happened…