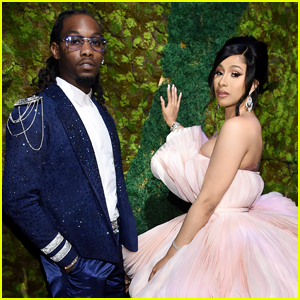 Cardi B and Offset are officially back together.

The 28-year-old “WAP” rapper filed documents in Georgia to officially dismiss the divorce paperwork she originally set into motion in September, TMZ reported on Monday (November 2).

PHOTOS: Check out the latest pics of Cardi B

This marks the second time she’s cancelled a legal split from the 28-year-old Migos superstar.

She filed the paperwork “without prejudice,” meaning that she reserves the right to refile the divorce at a later date. A judge still has to sign off on the dismissal.

The two first got engaged back in 2017. They also got secretly married that year. The couple also once split after one year of marriage back in 2018 amid allegations of Offset‘s infidelity. She later revealed why she decided to stay with him a year later. They share one child together, Kulture, 2.

She recently reunited with her husband at her birthday celebration in October.