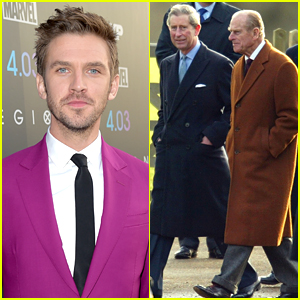 The former Downton Abbey and Beauty and the Beast actor has signed on to voice both Prince Charles, and Prince Philip, in the new satirical show.

The show is described as a “satirical look at the life of Prince George of Cambridge, the youngest heir to the British throne, as he navigates the trials and tribulations of being a royal child.”

“Before George rules Britannia, he’ll be laying down his own laws in Gary Janetti’s comedic take on the future King of England’s childhood as seen from the prince’s own point of view,” the official summary reads. “Because his succession isn’t coming any time soon, in each episode George will find his path in life as a young prince in modern times – from the 775 rooms of Buckingham Palace to his family’s sea of corgis to primary school with commoners.”

This former Game of Thrones star just signed on to voice Princess Charlotte!