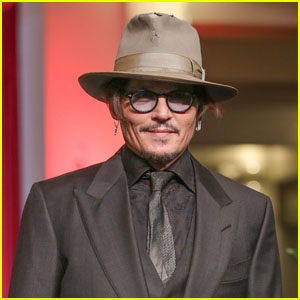 The Pirates of the Caribbean actor lost in his case against News Group Newspapers, publishers of The Sun, and executive editor Dan Wootton after he was called a “wife beater” in a 2018 article regarding ex Amber Heard‘s allegations, Variety reported Monday (November 2).

Judge Andrew Nicol concluded in his ruling: “The claimant [Depp] has not succeeded in his action for libel. Although he has proved the necessary elements of his cause of action in libel, the defendants have shown that what they published in the meaning which I have held the words to bear was substantially true.”

“I have reached these conclusions having examined in detail the 14 incidents on which the defendants rely as well as the overarching considerations which the claimant submitted I should take into account.”

“The Sun has stood up and campaigned for the victims of domestic abuse for over 20 years. Domestic abuse victims must never be silenced and we thank the judge for his careful consideration and thank Amber Heard for her courage in giving evidence to the court,” a spokesperson for the newspaper said in a statement.

“This decision is as perverse as it is bewildering. Most troubling is the judge’s reliance on the testimony of Amber Heard, and corresponding disregard of the mountain of counter-evidence from police officers, medical practitioners, her own former assistant, other unchallenged witnesses and an array of documentary evidence which completely undermined the allegations, point by point. All of this was overlooked,” said Jenny Afia, representing Johnny‘s legal counsel.

There is still a $50 million defamation case that Johnny filed against Amber regarding an opinion piece she wrote in 2018, which will take place in May of 2021 amid the pandemic.

The actor is “almost certain to appeal the London judge’s ruling,” according to his law firm.

“The judgment is so flawed that it would be ridiculous for Mr. Depp not to appeal this decision. In the meantime, we hope that in contrast to this case, the ongoing libel proceedings in America are equitable, with both parties providing full disclosure rather than one side strategically cherry picking what evidence can and cannot be relied upon.”

“For those of us present for the London High Court trial, this decision and judgment are not a surprise,” said Amber‘s U.S. lawyer Elaine Charlson Bredehoft in a statement.

“Very soon, we will be presenting even more voluminous evidence in the U.S. We are committed to obtaining justice for Amber Heard in the U.S. court and defending Ms. Heard’s right to free speech.”