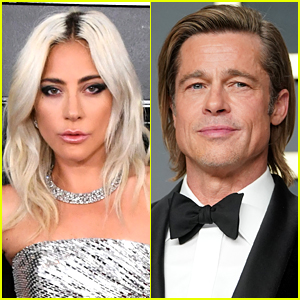 Lady Gaga is adding another role to her acting résumé!

The 34-year-old Oscar-winning entertainer has joined the star-studded cast of the upcoming action thriller Bullet Train, which will star Brad Pitt.

A source told Collider that Gaga will be playing “a smaller supporting role rather than a lead.”

The movie is based on the popular Japanese novel “Maria Beetle” and it follows “a group of assassins with conflicting motives aboard a train in Tokyo.”

Also featured in the cast are Joey King, Aaron Taylor-Johnson, Zazie Beetz, Michael Shannon, Brian Tyree Henry, Andrew Koji, and Masi Oka. The film is being directed by David Leitch with a script by Zak Olkewicz.

Gaga will star in the upcoming movie Gucci and details about when that movie will be shot were revealed last month.