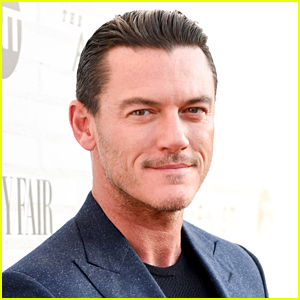 The 41-year-old actor left little to the imagination with his new pic, in which he’s just wearing a tiny blue speedo.

“It was fresh 💦,” Luke captioned the photo, which was snapped at the waterfalls at Whian Whian State Conservation Area, which is located in New South Wales, Australia.

Last week, Luke posted a hot shirtless selfie while relaxing at the beach in Australia, where he has been filming the upcoming Hulu series Nine Perfect Strangers.

Also last week, it looked like Luke and his boyfriend Rafael Olarra had split after they unfollowed each other on Instagram and removed photos from the feed. After news outlets started reporting the news, the guys refollowed each other and posted new photos together on their stories.