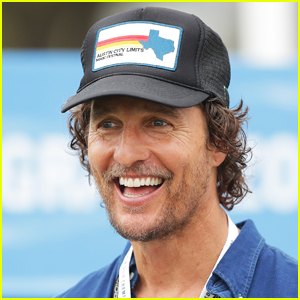 Matthew McConaughey is revealing how is famous line came to be!

During a new interview with NBC News’ Sunday Today With Willie Geist, the 50-year-old actor revealed how he came up with the famous “Alright, Alright, Alright” in one of first movies Dazed and Confused.

“The first three words I ever said on film,” Matthew recalled. “There was not a word written for that entire scene. That’s what [David] Wooderson is about, his car.”

“I hear it, I get pictures, people have it tattooed in very sensational places on their body,” Matthew shared.

Matthew recently revealed that once considered quitting acting to pursue a career in this.