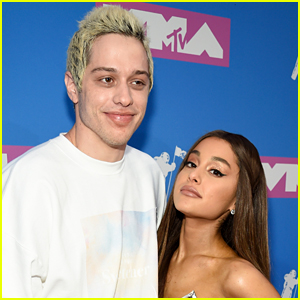 Just a few weeks after Pete Davidson and Cazzie David broke up, he was engaged to Ariana Grande.

In her new book of essays, “No One Asked for This,” Cazzie told the entire story of their breakup, how she felt when Pete started dating Ariana just a few days later, and more.

In her book, Cazzie, who is the daughter of Larry David, said at the end of a family trip to South Africa, she found “a newfound sense of acceptance and relief” about the situation. “My brain was allowing room for other observations and thoughts and the f–king songs finally stopped being stuck in my head,” she said.

As she was getting on the 16 hour flight home, she got a call from her manager.

“She told me they were engaged.” Cazzie wrote. “And I laughed.”

Pete Davidson once spilled details about all of his exes including Ariana, Kaia Gerber, and more.