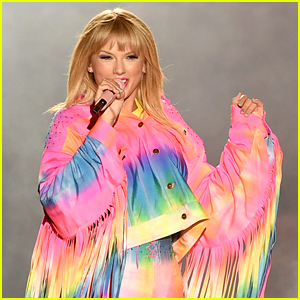 Taylor Swift fans are celebrating for a good reason on social media.

If you recall, last year the rights to the 30-year-old’s first six albums were purchased by Scooter Braun in a huge deal with Scott Borchetta and Big Machine Group.

As of today, November 1, Taylor is actually free to re-record her original songs, and has regained control of her back catalogue, and fans were celebrating big on Twitter.

Speaking on Good Morning America last year, Taylor revealed she had a plan to re-record her first few albums because of the purchase deal.

“My contract says that starting November 2020 — so, next year — I can record albums 1 through 5 all over again — I’m very excited about it,” she shared during her appearance. Her sixth album will have to wait though until 2022, because it was released in 2017.

“The whole year felt like a whirlwind and now finally TAYLOR IS FREE,” one fan announced. “We all will be deleting all of her old music from our playlists and apps and will only be streaming Taylor’s art owned by Taylor. That’s it. #TaylorIsFree.”

Another added, “I feel like I wanna cry in happiness for Taylor. She deserves more than anything in this world. Today, TAYLOR IS FREE #TaylorIsFree.”

“I think that artists deserve to own their work” — Taylor Swift#TaylorIsFree
pic.twitter.com/GDOvTjlE6F

Click inside to see more tweets from fans about Taylor Swift…

I'm so happy for you Taylor. Finally you can re-record your album especially this perfect one! You deserve all of this. Always and forever support you. I LOVE YOU 💋#TaylorIsFree pic.twitter.com/MUV0AYjAHr

NOVEMBER IS HERE! This is the month I’ve been most looking forward to since like July/August last year and I’m so excited!!! Taylor can re-record 🥺 #TaylorIsFree TAYLOR IS FREE pic.twitter.com/Hb6RLyPPto

Taylor can legally re-record her albums 1-5 all over again! #taylorisfree lots of love and support to @taylorswift13 ❤️ pic.twitter.com/lfyAGCbLUh

Despite of all the criticisms, fake news, problems, her own albums being stolen from her, and hateful words that had been said to her from the past few but difficult years, we can now finally say that #TaylorIsFree

I don’t know when @taylorswift13 is going to release the re-recordings but all I know is it’s going to be an event! I am so happy that #TaylorIsFree 💕

I don’t know if I will ever be ready to hear Taylor sing The Moment I Knew in her wise, grown-up voice. It’s a strong Love Actually/Both Sides Now vibe #TaylorIsFree

Taylor on the way to re-record HER albums @taylorswift13 ♥️ #TaylorIsFree pic.twitter.com/xLfq0IW9Jz