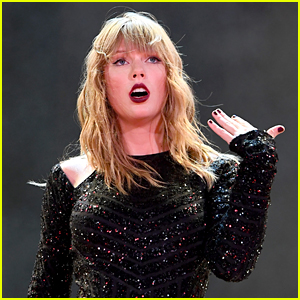 The fund reportedly paid north of $300 million to purchase Taylor‘s masters from her days at Big Machine Label Group.

In a letter that she wrote to fans, Taylor said that she attempted to buy the masters from Scooter and then she even considered partnering with Shamrock, until she found out that Scooter would still profit from her music under the deal with Shamrock.

Now, Shamrock has provided this statement to JustJared.com:

“Taylor Swift is a transcendent artist with a timeless catalog. We made this investment because we believe in the immense value and opportunity that comes with her work. We fully respect and support her decision and, while we hoped to formally partner, we also knew this was a possible outcome that we considered. We appreciate Taylor’s open communication and professionalism with us these last few weeks. We hope to partner with her in new ways moving forward and remain committed to investing with artists in their work.”

Click inside if you want to learn more about Shamrock…

Want to know more about Shamrock? Here’s the bio they provided:

“Shamrock Capital Content Fund is a specialized investment strategy focused on acquiring premium, high value entertainment content and intellectual property. We invest in film, television, music and other forms of entertainment content that have completed their initial window of release and are positioned for long term growth and consumer engagement. We work closely with the artists and creators to create new and dynamic business strategies and opportunities for their work and to maximize value for our investors. Shamrock Capital Content Fund is managed by Shamrock Capital Advisors, a Los Angeles based investment firm that traces its roots back to 1978 and the family office of the late Roy E. Disney, the nephew of Walt Disney. Shamrock has grown into a leading investor in media and entertainment by partnering with the extraordinary innovators, artists, and entrepreneurs driving their respective industries. Shamrock Capital Content Fund is currently investing out of its second fund which closed earlier this year at $400 million.”