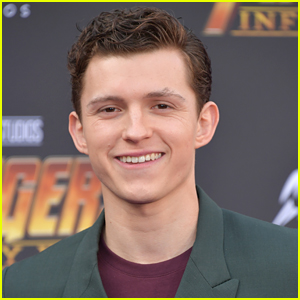 Tom Holland is offering a new look at his suit for Spider-Man 3 as filming gets under way in Atlanta, Georgia.

The 24-year-old actor shared a shot on his Instagram with him all suited up in front of a green screen as he filmed some action scenes, and added one more accessory – a face mask.

Spider-Man 3 started officially filming last month, with Zendaya and Jacob Batalon gathering in the city to reprise their roles as MJ and Ned.

Benedict Cumberbatch and Jamie Foxx are also set to star in the film, as Doctor Strange and Electro.

Jamie‘s Electro was last seen in Andrew Garfield‘s iteration as Spider-Man. He was announced to return earlier this year.

If you missed it, Jacob went through a major transformation during quarantine!