We’re just a week away from The Masked Singer finale!

In the end, three contestants were sent home and three were sent on to compete in the finals.

Just a few hours before the semi-finals aired it was announced that The Masked Singer has been renewed for a fifth season coming next year!

This year, there are select audience members inside the studio and fans are also watching from home via a virtual stream. They all voted to send someone home and that entertainer was eliminated.

We’ll be keeping you updated all season long with the latest clues and who we believe might be behind the masks.

David Boreanaz is opening a bit more about his time as Angel in Buffy The Vampire Slayer and Angel: the Series.

Speaking with Variety, the 51-year-old actor revealed whether he’d step back into the role as the iconic vampire again, and it was a hard no.

“No,” David stated when asked the question. “I’m all for people redoing it or whatever, but I’m too old.”

He added, “It’s not like we’re the cast of Friends reuniting. We’re not hanging out in the coffee shop on a couch. But, you know, with all that technology, they made Robert De Niro look really young. [Laughs].”

“I would encourage them to find somebody else to do it.”

Just a few days ago, David weighed in on the long debated question of who Buffy Summers truly belonged with in the franchise, after he was alerted to Stacey Abrams comments on the matter.

Here’s what he said about it…

Jason Sudeikis is opening up about his show Ted Lasso.

During a new interview with Variety, the 45-year-old actor chatted about creating the title character behind his hit Apple TV+ comedy series, revealing that he was inspired by several different actors and mentors, including Robin Williams.

“(The character) is rooted in these teachers here, and mentors, these Obi-Wan Kenobi types that see more in you than you can see in yourself, and that optimism,” Jason shared. “We wanted someone that when they spoke, could speak intelligently from a high EQ [emotional quotient], and celebrated the divine feminine.”

Ted Lasso brings back Jason‘s iconic NBC Sports character, a small-time college football coach from Kansas hired to coach a professional soccer team in England, despite having no experience coaching soccer. Season one is available for streaming on Apple TV+ now!

Find out what Jason recently said about possibly letting his kids get into acting. 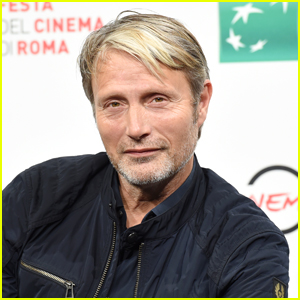 Mads Mikkelsen is opening up about taking over Johnny Depp‘s role in Fantastic Beasts and Where To Find Them 3.

The 55-year-old actor stepped into the part after Johnny parted ways with the film and Warner Bros. after he lost his libel case against The Sun earlier this year.

Mads was first rumored to take over the role in early November, but then denied the reports. Now that it has been confirmed he would step in, the Hannibal actor is opening up about how the role will change a bit.

“Well it’s going to be me, so that’s a difference,” Mads shared in an interview with EW. “This is the tricky part. We’re still working it out. There has to be a bridge between what Johnny did and what I’m going to do. And at the same time, I also have to make it my own.”

He added, “But also we have to find a few links [to the previous version of the character] and some bridges so it doesn’t completely detach from what he’s already masterfully achieved.”

Mads also spoke about the circumstances in which he took over the part.

“Job wise, it’s obviously super interesting and nice,” he shared. “It’s also a shocker that it came after what happened, which is just super sad. I wish both of them the best. These are sad circumstances. I hope both of them will be back in the saddle again really soon.”

Fantastic Beasts 3 is currently in production and will be released July 14, 2022.

Jim Parsons just revealed that he could’ve been part of The Office!

While promoting the new CBS sitcom Call Me Kat, on which he’s a producer, the -year-old Boys In The Band actor spoke about the challenges of adapting the series for American audiences.

Jim then revealed that before landing his role on The Big Bang Theory, he auditioned for one on The Office.

“I would say from our end, when this was brought to our attention that this was a possibility to use this format as a jumping off point for a new series, we were very excited but nervous because it succeeds so well on its own, the original,” he shared during a virtual press panel for the show. “And the two major things are who’s going to reframe this and reshape and around who? And if you don’t have both of them the way we do, it’s really not worth doing.”

He continued, “I’ll never forget I went to audition for the pilot of the American version of The Office. This was years ago, obviously. And I was like, ‘How stupid? It’s about an office. If America wanted their own office show they would have made it by now.’ So I’m not good at telling what’s gong to stay or not.”

Call Me Kat, which stars Mayim Bialik, will debut in January.

Jennifer Lopez and Alex Rodriguez postponed their wedding earlier this year due to the pandemic, however, it turns out that they postponed a second time as well.

Speaking with Access, the 51-year-old actress opened up about delaying their nuptials.

“You know we’ve talked about so many different things cause we had to cancel the wedding last year because of COVID, because of the quarantine,” she shared, adding that “we actually did it twice, which people don’t know, where we had it in different times – first one canceled and then second one canceled as well – and so I don’t know.”

“I think we just feel like, ‘Let’s just wait it out.’ There’s no rush. We’re good. Everything’s cool. It will happen when the time is right.”

Earlier in the year, Jennifer revealed that her original wedding day was somewhere in April.

Just recently, the two were spotted heading out to dinner with their blended family. See the pics here!

Erika Jayne and estranged husband Tom Girardi are being sued for allegedly using their divorce to embezzle money.

According to a complaint filed in an Illinois federal court on Wednesday (December 2), the 49-year-old Real Housewives of Beverly Hills star and the 81-year-old lawyer are being sued on behalf of several families who lost loved ones in a Boeing plane crash, People reports.

The documents alleged that Erika and Tom embezzled settlement funds meant to help the families of victims of Lion Air Flight 610. The crash took place back in October 2018.

“Tom has resorted to embezzling the proceeds of settlements that should have been directed to his clients — including, as the basis for this Complaint, the widows and orphans who lost loved ones in the tragic crash of Lion Air Flight 610 — in order to continue funding his and Erika’s lavish Beverly Hills lifestyles,” the documents state.

Tom‘s law firm – Girardi & Keese (GK) – is also named in the suit, which claims Tom and his firm “are on the verge of financial collapse and locked in a downward spiral of mounting debts and dwindling funds.”

The lawsuit says that Boeing reached individual settlements with clients represented by Tom and his firm, but alleged that the settlement funds were instead used by Tom and Erika.

“At the heart of this deception is Defendant Girardi and his need to fund outrageous lifestyles for himself and his soon-to-be ex-wife, Erika Jayne,” the documents state, while also claiming this isn’t Tom‘s first attempt to “hide and divert assets.”

Just last month Erika filed for divorce from Tom after 21 years of marriage. However, the new lawsuit claims the divorce is a “sham” to protect their money.

“While Erika publicly filed for divorce this month, on information and belief, that ‘divorce’ is simply a sham attempt to fraudulently protect Tom’s and Erika’s money from those that seek to collect on debts owed by Tom and his law firm GK,” the lawsuit states.

The lawsuit also discusses the couple’s “lavish lifestyle,” even pointing out Erika reportedly previously saying her “look” costs $40,000 a month.

Erika and Tom have not addressed the lawsuit yet.

It was also just revealed that three of Erika‘s RHOBH co-stars tested positive for COVID-19.

Becca Kufrin was decaled the Bachelorette back in 2018 and got engaged to Garrett Yrigoyen at the end of the season.

However, the two recently split up over the summer and now many are wondering if she would return to the franchise for another run.

“Oh god! I don’t know,” she told Kaitlyn Bristowe on her Off The Vine podcast. “Lately, people have been asking, I think just because I’m single.”

Becca added though that she never wants “to say no and I’d never want to say never. But also, I am 30. I feel like a grandma. I love to sleep. I love my bed. I love snuggling with [my dog] Minno.”

“When you film an entire season, there’s no sleep for two-plus months,” she continued. “I don’t know if I could do it again.”

Becca also points to her two past engagements – to Garrett and Arie Luyendyk, Jr. – as another reason she isn’t interested right now about another run.

Becca still does have the ring Garrett proposed to her with.

“It’s just sitting on my dresser,” she shared. “I don’t know what to do with it. I’m never going to wear it again. I don’t want to reuse the diamonds for anything, for myself. I don’t want that juju.”

After splitting with Garrett, Becca revealed that she did this… 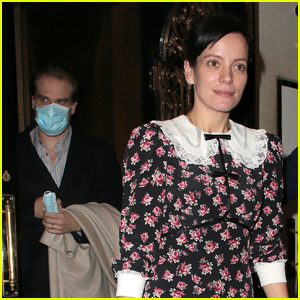 The 35-year-old British singer looked cute in floral-print dress while the 45-year-old Stranger Things actor stayed safe in a face mask as they left the restaurant after date night.

PHOTOS: Check out the latest pics of David Harbour

During a new interview, Lily revealed if she and David plan on having kids in the future.

Over the summer, Lily celebrated a major milestone in her life.

If you missed it, tons of new characters were added to the upcoming fourth season of Stranger Things! Get the scoop here.

Taylor Swift has released her first piece of re-recorded music in a new commercial that was created by her friend Ryan Reynolds. Fans think they’ve found a reference to Scooter Braun in the ad!

As you probably know by now, Taylor has been in a feud with Scooter after he purchased her former record label and then recently sold her masters for $300 million.

In the Match commercial, which features Taylor‘s re-recorded version of “Love Story,” a fallen scooter is seen next to a dumpster with the number “6″ on the wall next to it.

Taylor‘s fans think the “6″ refers to the six albums that she is re-recording after they were sold by Scooter – Taylor Swift, Fearless, Speak Now, Red, 1989, and reputation.

Read the open letter that Taylor wrote a couple weeks ago after it was announced that her masters were sold.