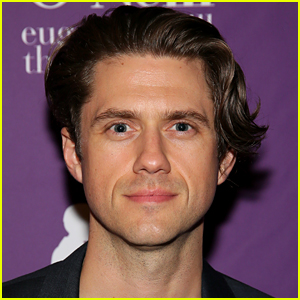 Actor Aaron Tveit was starring in Moulin Rouge! on Broadway before the pandemic shut everything down on March 12, 2020.

Because Broadway has been dark for months now, the Tony Awards were unable to go on as planned. Today, the nominees for the awards were finally announced and because of the truncated Broadway season, there are fewer nominees in some categories.

In a very unusual occurrence, Aaron is actually the only actor nominated in the category of Best Actor in a Musical!

So, will Aaron automatically win the prize? Not necessarily, and there’s a rule for this circumstance.

The Tony’s state: “If the Tony Awards Nominating Committee has determined that if there is only one nominee in a category listed, such category shall be submitted to the Tony Voters which may, by the affirmative vote of sixty (60%) percent of the total ballots cast, grant an Award in that category.”

Back in March, Aaron did contract the Coronavirus and explained his biggest symptom.