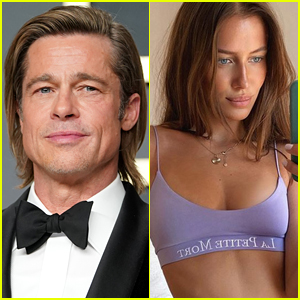 A source is speaking out about Brad Pitt and German model Nicole Poturalski, calling their romance a “fling” and not a full-fledged relationship after rumors they have gone their separate ways.

“Brad hasn’t seen Nicole since August. It was never a relationship,” a source told People.

The pair were first linked in August after they were seen taking a romantic trip to France together.

“They saw each other a few times and that’s it. You can’t call it a split, because they were never together in the first place. It was a casual fling and that’s it,” the source added.

Ever seen they were linked, fans flooded Nicole‘s Instagram with questions and comments, and she actually answer one question asked about Angelina Jolie, Brad Pitt‘s ex.