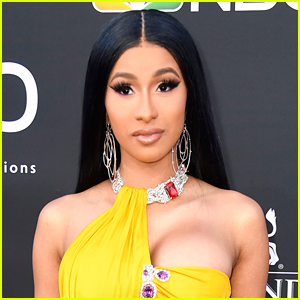 Cardi B is calling out some of her fans after she noticed that some posts on social media claimed that her fave Hermes Birkin bags are “losing their value” because they’re accessible to her and other black and Hispanic people.

In a video posted to her Instagram, the 28-year-old slammed the tweets and set her fans straight.

“I’ve been seeing this tweet right. It had me and it had other female rappers on it. They were talking about if we could get Birkins from the Hermés store and they [were] also saying how we depreciate the value of a Hermés Birkin bag. I find that really interesting because, first thing first, I definitely could get a bag. Actually, I got four bags today from the Hermés store,” Cardi says in the video.

She went on, calling out those who are questioning Black women who “could get a bag from the Hermés store” because “y’all don’t do this to these white celebrities.”

Cardi herself has many Birkin bags, almost one in each color available and recently showed them off on her Instagram. The bags retail from $12,000 and up.

“Another thing is that they’re saying we’re depreciating the value,” she pointed out about the criticism about Black women getting the bags. “Actually, we add value because when we mention brands in hip-hop, s*** go up.”

So I had this convo with my team about this topic after seeing this viral tweet …what do you guys think ? Watch till the end