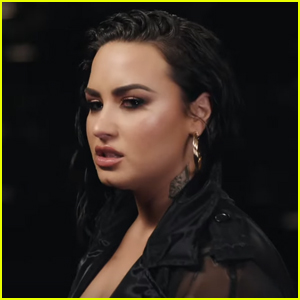 Demi Lovato has a new music video out!

The 28-year-old singer released the video for her latest single “Commander in Chief,” less than 24 hours after dropping the song.

PHOTOS: Check out the latest pics of Demi Lovato

The video features people of all ages, genders, and races lip syncing along to her powerful lyrics.

Demi released the music video after she performed the song live for the first time during the 2020 Billboard Music Awards.

Shortly after dropping the song the night before, Demi clapped back at trolls who criticized and tried to “silence” her as she continues to encourage fans to get out and vote.

If you missed it, Demi recently praised this star for speaking out about politics ahead of the upcoming 2020 Presidential Election.