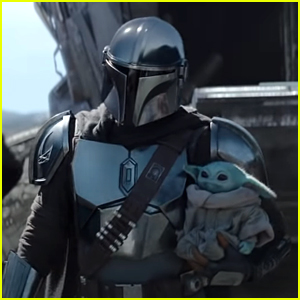 The Mandalorian holds onto The Child close as he arrives on a new planet in a brand new look at season two of the Disney+ series.

Here’s the official summary for the season: The Mandalorian and the Child continue their journey to a snowy planet, where they face enemies and rallying allies as they make their way through a dangerous galaxy in the tumultuous era after the collapse of the Galactic Empire.

Pedro Pascal, Gina Carano, Carl Weathers and Giancarlo Esposito will star in the show, along with a slew of guest stars including Rosario Dawson, Timothy Olyphant and Sasha Banks.

The Mandalorian will return on October 30 on Disney+.

If you missed it, check out the official character posters!