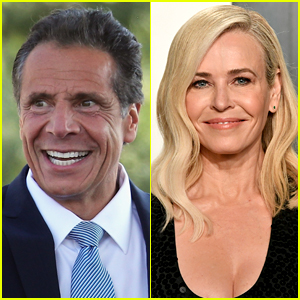 Chelsea Handler revealed that Governor Andrew Cuomo originally accepted her invitation to go on a date, but he has since been ghosting her.

Now, the Governor was put on the spot during his appearance on The View and he finally responded to Chelsea…and it’s not great news!

“I’ve had a lot of conversations about flattening the curve, but never quite that way,” the Governor said when asked about going on their date. “I’m a big fan of Chelsea’s and she’s great. We have fun. But on my dating life — and this point, I’m only dating in-state residents. I’m dating New York residents. If Chelsea changes her residency then maybe we can work it out.”

Find out which other famous celeb has been thirsting after the New York State Governor!