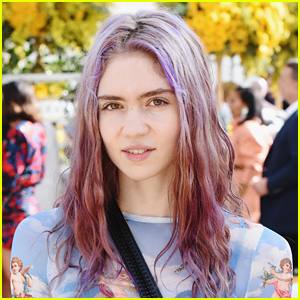 Grimes, whose real name is Claire Boucher, says she is going by a new stage name now… and it’s just one letter long.

The 32-year-old singer was profiled in The New York Times this week and the article mentioned that she now goes by “c” – a reference to the speed of light.

During the interview, she also opened up about her five-month-old son X Æ A-12 Musk, who simply goes by the nickname X.

Grimes, or shall we say c, talked about the “radical art” she is showing her son and how her baby boy is helping her produce her new music.

Over the summer, Grimes responded to one of her partner Elon Musk‘s tweets and told him to turn off his phone after something he wrote.