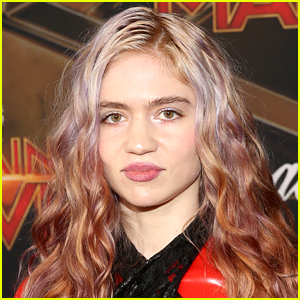 Grimes is opening up about her five-month-old son X Æ A-12 Musk and the type of art she has been showing to him.

The 32-year-old singer, who welcomed her son with partner Elon Musk back in May, says her son likes “radical” art.

“I’ve watched Apocalypse Now and stuff with my baby,” Grimes told the New York Times. “He’s into radical art. Like, he just actually is, and I don’t think it’s problematic to engage with them on that level.”

Apocalypse Now was rated R for “disturbing violent content, pervasive language, some sexuality and drug use.”

Grimes says that her son has actually helped her produce new music.

“The first version, there [were] too many sort of sharp bells, and it caused tears and just general chaos,” Grimes said about the music she produced for the app Endel. When she changed the mix, “X would smile more and stuff.”

Over the summer, Grimes responded to one of Elon‘s tweets and told him to turn off his phone after something he wrote.