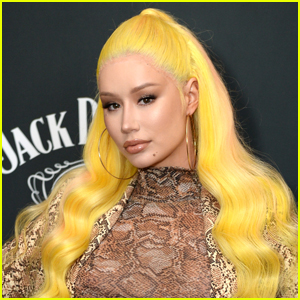 The 30-year-old “Fancy” rapper took to her Instagram on Saturday (October 24) to share a few photos of her seven-month-old son for the first time ever.

The pics come from two different occasions, as Iggy can be seen wearing different outfits in the photos.

Back in April it was rumored that Iggy had welcomed her first child, but she didn’t confirm the news until June. Then in July, she revealed that her son’s name was Onyx.

Iggy posted the first photos of Onyx shortly after confirming that she was splitting with boyfriend and Onyx‘s father Playboi Carti after dating on and off for two years.