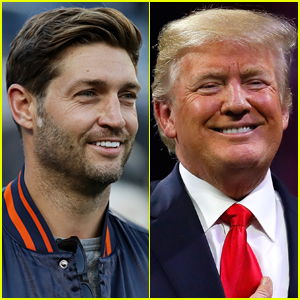 Jay Cutler appears to have endorsed Donald Trump for President in the upcoming 2020 election.

The 37-year-old former NFL quarterback – who is currently in the middle of a divorce from his estranged wife Kristin Cavallari – reposted a note written by golf legend Jack Nicklaus after he endorsed Trump for another term.

Jay posted, “Never a doubt,” alongside Jack’s statement. Comments quickly poured in like, “Wtf you have a daughter” and “Disappointed but not surprised.”

Jay is joining the growing list of celebrities who have endorsed Trump for re-election.

Election Day is this coming Tuesday and it is so important to get out and vote for the next President. Joe Biden is running for the Democratic party and he has a ton of celebrity support.