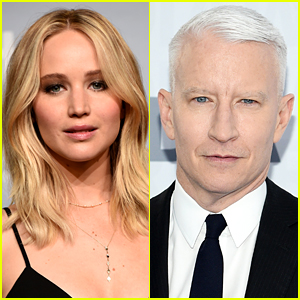 Jennifer Lawrence is looking back at one of her most humiliating moments in Hollywood and how Anderson Cooper claimed she faked the whole thing.

The 30-year-old actress was just 22 when she won the Oscar for Best Actress for her work in Silver Linings Playbook and she memorably fell while walking up the stairs. (WATCH HERE)

“I was ready for it. I was very nervous and also very superstitious. I didn’t want to acknowledge the possibility that I would win. I didn’t want to write down a speech,” Jennifer said about preparing for the Oscars that year. She opened up while appearing on the Dear Media podcast Absolutely Not.

“I had everything in my head. I was very, very nervous but I was ready. All of the adrenaline clears out and they call my name and I’m elated and I’m in shock… And then I fell, and it erased everything from my mind. My full brain went blank,” Jennifer continued. “I can look back at it now fondly but for a very long time the fall thing was very sensitive.”

Click inside to read about the moment when JLaw confronted Anderson…

Jennifer recalls how Anderson claimed that she faked the fall.

“Anderson Cooper, I saw him on CNN three days later saying, ‘Well she obviously faked the fall,’ and it was so devastating because it was this horrific humiliation to me. I don’t know if I’ll ever have a chance to give a speech like that again, so it didn’t feel good for me not to have a speech. I’ll tell you what, I saw him at a Christmas party and I let him know. My friend told me a vein was bulging out of my eyes. He apologized. I think we’re good friends now. On my end, we’re all good. What I led with was, ‘Have you ever tried to walk up stairs in a ball gown? So then how do you know,’” Jennifer said. “He apologized immediately and said he didn’t know and gave this wonderful apology. I was all fired up… he probably told everyone I was a psycho.”

On the podcast, Jen also opened up about what her husband thinks of her friends’ weekly sleepovers in their bed.