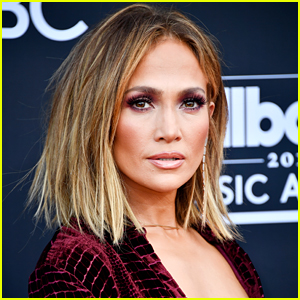 Jennifer Lopez is looking back on her big break in the romantic comedy genre of movies and it all started with The Wedding Planner.

However, the 51-year-old actress and singer explains that she had to really convince director Adam Shankman to hire her for the role of Mary in the film, opposite Matthew McConaughey.

Jennifer took part in Variety’s Power of Women Conversations and spoke with her business partner and agent, Elaine Goldsmith-Thomas about the film and why it almost didn’t happen for her.

She revealed that before that movie, Jennifer was pigeon-holed in roles of “the maid, the Rosie Perez type roles, the dishwasher, the this, the that.”

“I had to kind of break out of that and convince somebody to put me in the first romantic comedy, which I think was The Wedding Planner.”

She goes on, revealing how the role was finally given to her: “I was, like you said, kind of hot at the time and you were my agent and you were asking for a certain price that you thought I merited and they were buckling back on us. [Adam] came to one of my record signings and he said give her whatever she wants.”

“The idea that somebody like me, from my background, who was a woman, could garner that type of, you know, price in this industry. It was a big deal.”

Jennifer is a frequent face in wedding movies now, including her upcoming one, Marry Me, with Owen Wilson, and she just joined Shotgun Wedding with Armie Hammer.

If you didn’t see, Matthew and Jennifer recently mused about revisiting The Wedding Planner world…