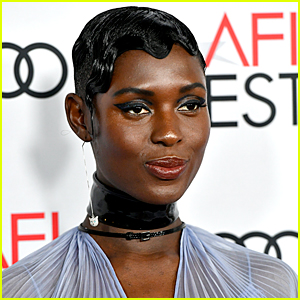 Jodie Turner-Smith will be putting on a crown for her next role as Anne Boleyn.

Deadline is reporting that the 34-year-old Queen & Slim star will walk in the shoes of King Henry VIII‘s second wife, who became mom to the future Queen Elizabeth I.

The three-part drama series, set to air on Channel 5, will center on Anne in the final months of her life.

The show will also focus on Anne’s struggle with Tudor England’s patriarchal society, her desire to secure a future for her daughter, and the brutal reality of her failure to provide Henry with a male heir.

Anne was Queen of England for only three years, before she was executed for treason and other charges by beheading.

After the news broke, fans on social media either really loved, or really hated the fact that Jodie would be playing Anne, who was white.

“I wonder if people who are up in arms about Jodie Turner-Smith being cast as Anne Boleyn feel the same way about Christ constantly being portrayed as a white man?,” one fan wrote.

Another added, “To everyone freaking out about the prospect of a black actor playing Anne Boleyn, just a gentle reminder that first BAME woman to play Anne was back in 1933 – by Merle Oberon who was of Indian/ Polynesian descent – and like Jodie Turner-Smith undoubtedly will, she totally rocked.”

Those who opposed were equally as vocal.

“Anne Boleyn was white. A white person would not be picked to play a well known historical black person, it would be classed as white washing. The same applies the other way around in my opinion,” one Twitter user pointed out.

“Erm… Anne Boleyn was white… What would happen if a white person played Martin Luther King in a film? What happened? In a country with 86% of the population being the same colour of the ex-queen, you couldn’t find one good enough to play the part? Thinking faceFace with monocle,” another said.

Let us know what you think about Jodie‘s casting in the comments!

Earlier this week, another project focused on Queen Elizabeth I was announced. Get all the details here…