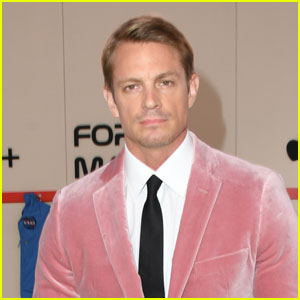 Joel Kinnaman is taking on a new role.

The 40-year-old Altered Carbon star will executive produce and star as NFL player Jerry Smith in an upcoming film about the friendship between Jerry and longtime Washington Redskins teammate Brig Owens, Variety reported on Tuesday (October 27).

PHOTOS: Check out the latest pics of Joel Kinnaman

Here’s a plot summary: “The film is set at the height of the civil rights movement between the mid-1960s and mid-1970s, during a time of societal upheaval. Smith was secretly gay — a fact he kept hidden until his death from AIDS in 1986 — and Owens faced constant challenges and bigotry as a Black man while attending law school. Through it all, the men formed a close bond to always be there for each other regardless of differences or obstacles.”

“Jerry Smith was a star on the field, but was never able to find fulfillment in his personal life. He had Brig to help him through his struggle, but to this day so many young people don’t have anyone to turn to when wrestling with homosexuality — especially in the sports world. That’s one of the reasons this story needs to be told. It’s as relevant today as it was 40 years ago,” Joel said of the feature.

Production is set to begin in the third quarter of 2021.

Over the summer, Joel spent a lot of time surfing with this fellow famous actor.