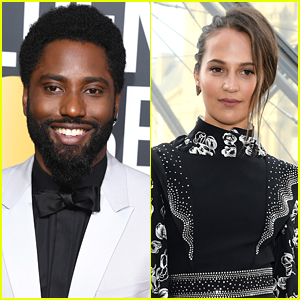 Netflix has picked up John David Washington‘s upcoming thriller movie, Born To Be Murdered, for the streaming service.

According to The Hollywood Reporter, the flick centers on a vacationing couple, played by John David and Alicia Vikander, who fall prey to a violent conspiracy with tragic consequences.

Vicky Krieps and Boyd Holbrook also star in the movie that was filmed on location in Athens, Greece last year.

Born to Be Murdered is eyeing a premiere in 2021 on Netflix.

John David previously starred in Christopher Nolan‘s Tenet, which after many delays, premiered in select theaters in August. Find out what the critics said about the movie here…