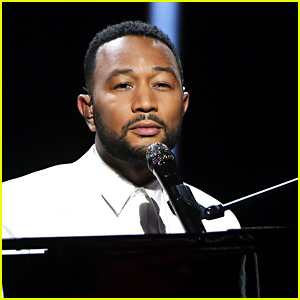 The 41-year-old singer performed his song “Never Break” at the show, which aired on Wednesday (October 14) and took place at the Dolby Theatre in Los Angeles.

PHOTOS: Check out the latest pics of John Legend

John began his performance by telling the audience at home, “This is for Chrissy.”

Kelly Clarkson, who is hosting the show and is also close friends with the couple thanks to her work on The Voice, sent her love to Chrissy and John following the devastating news.

See the heartbreaking message that Chrissy sent to fans after leaving the hospital on October 1.

You can watch a clip of the performance video below.