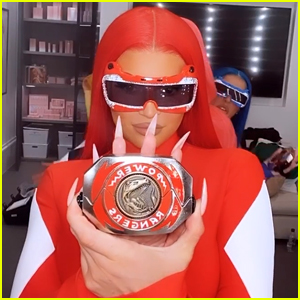 Kylie Jenner dressed up as the Red Power Ranger for Halloween and got together her four other besties to join her for the group costume.

The five friends appeared to have a fun night together, hanging out in their skin tight looks. Check out all the photos in the gallery!

If you missed it, Victoria quit being Kylie’s personal assistant last year after five years of working together and she revealed the reason why she left the position in an extensive interview…