SPOILER ALERT – Do not continue reading if you don’t want to know what happened on The Bachelorette‘s latest episode!

The second episode of The Bachelorette‘s new season just aired and we watched Clare Crawley go on her first three dates.

The episode ended before we got to the rose ceremony, so only one guy was sent home tonight as he was eliminated during one of the group dates.

The first group date featured Riley, Jordan, Yosef, Ivan, Ben, Bennett, Zac C., Zach J., and Dale. It was all about the importance of love languages and using all of the different love languages to express your emotions. During the date, Clare got upset with the guys when no one made a move to spend time with her after she made a toast.

“I’m a little bit taken aback. I’m sitting here, I made a toast, and then there was the longest awkward silence. Does anybody want to spend time with me?” she asked the guys.

The group date rose ended up going to Riley.

The one-on-one this week was with Jason and they opened up about their childhoods and their deepest secrets through an exercise on the date. While he was really uncomfortable with it all, he did open up and it was a successful date that ended in a rose.

The second group date was a game of strip dodgeball (see all of the HOT photos here!) and only five of the guys advanced to the evening portion of the date. Blake Moynes was not happy about losing his extra time with Clare and he snuck onto the date to see her, which pissed off the other guys. Even though she had him leave pretty quickly, she praised Blake during the cocktail ceremony and gave him an early rose.

Click inside to find out who was sent home…

During the second part of the group date, Clare was chatting with Brandon and she asked him what he likes about her. He didn’t really know what to say and just praised her looks.

“I don’t really know anything about you,” he said. “I don’t obviously know you on a personal level. You’re just so beautiful, and I wanted to get to know you.”

Clare was not happy that he didn’t take the time to learn about her before going on the show. She said, “I don’t think people have to know me on a personal level, but there’s a lot of guys here who say they like my drive, they like what I have to offer. I have a really great group of guys here and I think I’m going to have to focus more on them. I don’t think I want to pursue this anymore.”

Brandon was sent home before the end of the date. The group date rose went to Chasen. 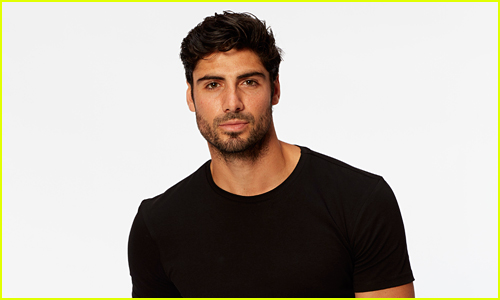