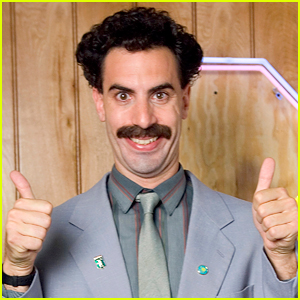 Sacha Baron Cohen has made a large donation to the Oklahoma City community of Jeanise Jones, the woman who was Tutar’s babysitter in the new movie Borat 2.

A GoFundMe page was launched for Jones by her pastor after her story went viral. She actually thought the whole situation was real until the movie was released and believed she was participating in a documentary about child brides at the time.

Over $155,000 has been raised for Jones and now the additional $100,000 donation will be distributed to her community by Pastor Derrick Scobey.

“I was blown away but not surprised because I was told about what type of heart this man has,” Scobey told People of the donation. “Maybe it’s a little risqué, some of the things in the movie, but he has a good heart.”

Jones has been busy this week helping people in the community affected by a big storm.

“While all these people around the world are loving how she’s the moral compass of the movie, she’s sitting here serving people in the dark and in the cold,” Scobey said. “This is who we are. This is what we do for our community, and we love our community.”

Learn more about the actress who played Tutar in the movie!