The new horror film The Craft: Legacy is out now and we tasked the four stars of the movie to interview each other about Halloween, witches, and more.

The Craft: Legacy, which was written and directed by Zoe Lister-Jones, is a continuation of the 1996 cult hit The Craft, in which an eclectic foursome of aspiring teenage witches get more than they bargained for as they lean into their newfound powers.

Click inside to check out all of the interviews…

Check out the interviews below! 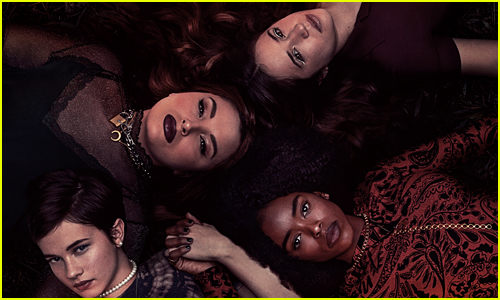 4. What’s Lily’s horoscope?
Lily is a Pisces. Her horoscope for the top of the movie would be, “no matter what anyone says, trust your gut. Your intuition is correct.”

5. What’s a message you’d give to your younger self?
When I was younger I really struggled with trying to please everyone around me, which led me to sacrifice a lot of my own needs and desires. If I could talk to my younger self I would want her to understand that she needs to take care of herself first. 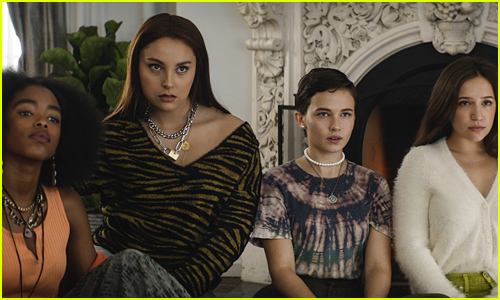 1. What is your # 1 witch accessory?
My #1 witch accessory is a tie between my Vampire Blood Incense, it’s multipurpose, soothes my spirits, smells amazing, and my it’s only a tie because in my opinion every witch needs their diary.

3. Favorite Halloween candy?
I don’t usually eat too much candy so this is a tricky one but, I constantly crave the Pillsbury precut ghost cookies so I’ll go with those.

4. What spell would you want cast ON you?
I would love to be put under a spell that helps me release the jealousy I can feel when I’m in a relationship.

5. What is your Halloween costume this year?
I’m gonna be some form of sultry demon girlfriend. Two years ago I was Satan’s side chick, so this year I might be like Dracula’s house wife since I’ve been stuck at home the entire year and I feel like the life has just been sucked right out of me. 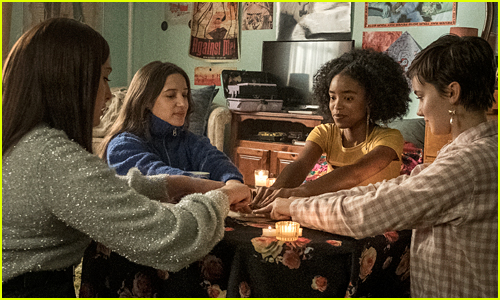 1. Who is a movie witch you wouldn’t want to go up against?
Definitely Queenie for AHS: Coven

2. Who would be in your dream coven?
Tabby, Marie Laveau, Nancy Downs and Prudence Night

3. Do you miss hanging out with the other girls and I every day?
Of Course, what kind of question is that.

4. What do you think our coven theme song would be?
Baptize by Jid and Earthgang

5. When was the last time someone scared you?
I don’t scare easily. 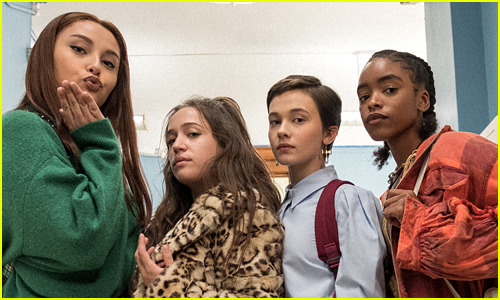 1. What is your favorite Halloween costume?
I did the whole “Rose Tint my world” costume from the Rocky Horror Picture show and that was the best thing ever. Face paint feather boas and all.

2. What is your favorite memory from set?
There are so many.. but some of my favorite moments had to be when all 4 of us girls would just huddle up in a trailer, blast the heat to beat the cold, and just talk.

4. What was your first impression of me?
Oh my god of course you’d ask this one! We met each other the night of both of our first red carpet. I was so nervous and you were too! But we were making each other laugh. You made me feel so comfortable and I knew we’d be fast friends. Look at us now! I love you forever!

5. Why is the word “witch” so personal for you?
All women are witches. We have extreme power and we should never run away from that. The word witch is such a negatively charged word and that needs to change! Witches are powerful and beautiful.