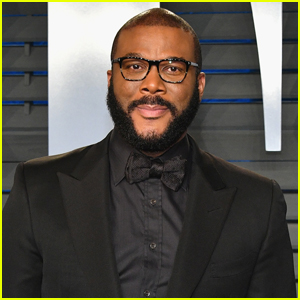 Tyler Perry has caught the attentions of fans on social media!

The 51-year-old media mogul took to his Instagram on Wednesday (October 21) to share a hot new pic of himself.

In the photo, Tyler is wearing a black workout shirt and gray shorts as he poses in front of a truck. As fans can see in the pic, Tyler has clearly been hitting the gym during the quarantine as he looks super fit and slimmed down in the pic.

Shortly after posting the new photo, fans took to the comments to thirst and droll of Tyler.

“Well Tyler Perry can slide Madea wig on and clap these cheeks,” one fan tweeted.

Check out more fan reactions to Tyler Perry’s pic inside…

Tyler Perry said he doesn’t only hire sexy actors, he IS a sexy actor … get into it!

What’s up with you lately @tylerperry are you getting into modeling you look GQ❤️❤️❤️ https://t.co/Mlv7gDDCqJ