Great Scott! It’s been 35 years since the classic sci-fi comedy film Back To the Future hit movie theaters.

Today, October 21st, officially celebrates “Back to the Future Day” which is the date Marty McFly travels to the past and sets in motion a new timeline that jeopardizes his very existence.

In conjunction with today’s festivities, fans around the world are treated to a whole slew of new retail products including the films first ever release in 4K on Blu-Ray and digital. From a new commemorative Hot Wheels release, board games, cooking book, and Transformers cross-over there’s a ton of new products to enjoy from our friends at IDW, Funko, Hasbro, Mattel, Loot Crate, and more.

New Back to the Future Products 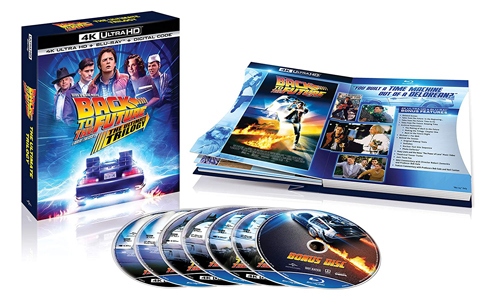 Back To the Future The Ultimate Trilogy

For the first time ever, Back to the future is now available on 4K Ultra HD. The new home release also features over an hour of brand-new content such as rare audition footage from notable actors such as Ben Stiller, Jon Cryer, Billy Zane, and Kyra Sedwick.

The release also includes selected deleted scenes, a touching Q&A with Michael J. Fox, and more behind the scenes looks. While the bonus material were previously included in the original 6 discs, the 7th disc features all new material, from the Lost Audition Tapes to episodes of the new animated series, and a cool look back of the making of the film.

While you may have a copy of this sitting in your home already, this time around Universal apparently did a complete overhaul of the original 35mm camera negatives and remastered each film. The film never looked any better than this Ultra HD release. The contrasts, black levels, and details look a lot more striking and is complemented with the new Dolby Vision HDR presentation. The Dolby Atmos soundtrack is also superb especially when Silvestri’s score is blaring through the speakers.

This release is easily a must-own set due to the brand new content and the newly restored look. Also be sure to check out Target or Amazon for a cool limited hoverboard collectible that’s included in their release.

Funko Pop! Movies: Back to the Future Marty 1955
With everything pop culture, of course there’s a new Funko Pop! This time around, you can snag a 1955 Marty or a 2015 Doc Brown. The iconic 3.75 vinyl collectibles comes in a window box display and are available from most retailers.

Transformers Toys Generations Collaborative: Back to The Future Mash-Up, Gigawatt
In an epic cross-over of two of the most nostalgic brands, Hasbro has teamed up with BTTF to release the Delorean time machine, as a Transformer! Named Gigawatt, this transforming action figure features the gullwing doors, the ability to fully transform from car to robot, and has a ton of details that reference the film. There’s a Flux Capacitor in its chest!!

Going along with this release, comic book company IDW has also released a new comic book mashup as well. 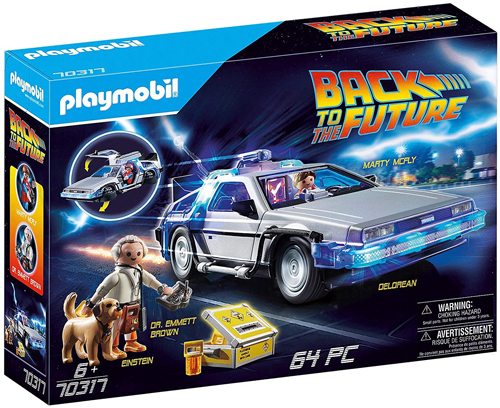 Playmobil Back to the Future Delorean

Playmobil has been knocking it out of the park ever since they started to do collaborations with films and TV shows. This release is no different.

The Back to the Future Delorean playset is amazing – complete with gullwing doors, the ability to turn the wheels into “hover-mode”, and the tons of accessories it comes with including Marty, Einstein the dog, and even a suitcase of plutonium (a must have for time travel apparently.) The set also has an awesome light up feature that even lights up the flux-capacitor inside along with the blue electric touches around the vehicle.

The scale and mold is amazing and is a must have for adult and kid collectors alike! 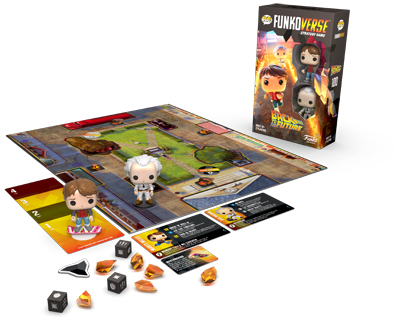 Funko Back to The Future – Back in Time Board Game

The attention to detail in this game truly shows that real fans made this game. The Back to the Future Back in Time board game is a fun cooperative game where you have to work together to get George and Lorraine to fall in love. The set includes an awesome pop up clocktower, a Delorean mini game piece, and a ton of details from the beloved film. 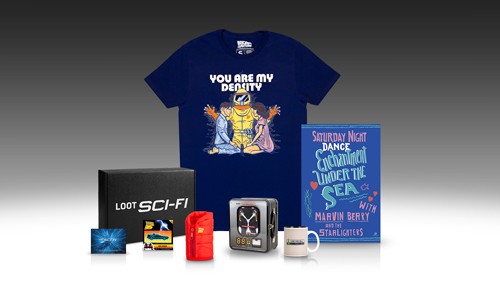 Lootcrate Box
Also this month the subscription gift boxing company Lootcrate is doing a Back to the Future Crate Takeover. Filled with awesome BTTF goodies including a hilarious T-Shirt and an iconic red vest (or life preserver according to some) drink cozy.

Lootcrate is one of the most popular subscription box services out there that specializes in exclusive collectibles, apparel, and more. Definitely check them out and any of their crate options. 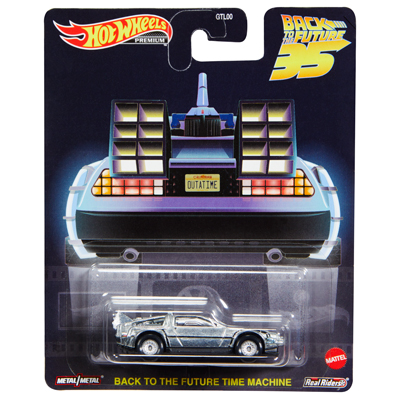 Releasing in time for the holidays is the premium release of the Delorean Time Machine by Hot Wheels. This collectible 1:64 scale die-cast replica features a Metal/Metal chassis, rubber tires, and a nice shiny metal finish. 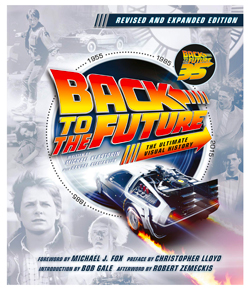 Back to the Future: The Ultimate Visual History

This visually stunning look at the making of the iconic film celebrates the 35th anniversary. Releasing in early November, this new book if filled with beautiful behind the scenes concept art, making of the film, and so much more.

The best part are the special “surprise” inclusions attached to various part of the book. Without spoiling anything, the book is well worth it as it contains many “goodies” that you’ll recognize from the film. Great for collectors! 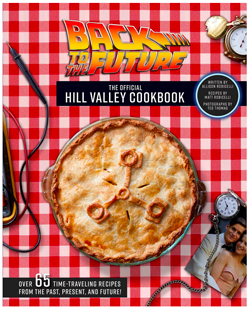 Back to the Future: The Official Hill Valley Cookbook

And for the person that has everything: The Back to the Future: Hill Valley Cookbook featuring 65 themed recipes. The fun part is the recipes travel back to different time periods spanning and honoring the three films from the franchise.

You can check out more BTTF products and merchandise here!

Disclosure: Each product has been independently hand curated by our editorial team. Some products on this site use affiliate links and we may earn commission for any purchase made through the links.