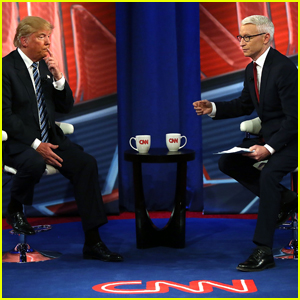 The 53-year-old CNN anchor responded to the 74-year-old President of the United States’ speech, and his commentary quickly went viral on social media.

PHOTOS: Check out the latest pics of Anderson Cooper

“That is the President of the United States. That is the most powerful person in the world. And we see him like an obese turtle on his back, flailing in the hot sun, realizing his time is over,” he explained.

During the speech, Trump claimed that the election was being stolen from him without legitimate evidence, spewing many falsehoods throughout.