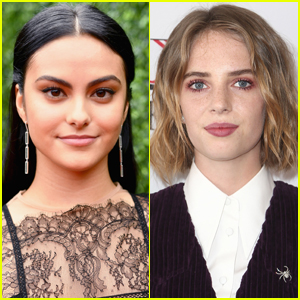 Camila Mendes and Maya Hawke are teaming up for a new movie!

The 26-year-old Riverdale actress and the 22-year-old Stranger Things actress will be starring in the upcoming Netflix movie Strangers, Deadline reports.

Directed by Jennifer Kaytin Robinson, the movie “is described as a subverted Hitchock-ian dark comedy featuring the scariest protagonists of all: teenage girls. It follows Drew (Alpha, it girl) and Eleanor (beta, alt girl) who, after a clandestine meet-cute, team up to go after each other’s bullies.”

Over the past few months, Camila has been busy filming the new season of Riverdale in Vancouver. The show is set to return in January 2021.

If you missed it, Maya Hawke will be starring in a new movie with one of her famous parents.